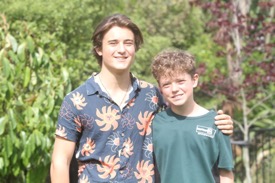 At 16, Brodie Seelen was the youngest competitor to conquer the Coast to Coast. Two weeks later, Brodie was told that he has cancer. Ranui House became Brodie’s home away from home as he conquered his next challenge. Here is his story. Article By Jonty Dine, Nelson Weekly – November 5, 2020

When 13-year-old Liam Seelen got the news he was a donor match, he did not hesitate to offer a piece of himself to save his big brother’s life.

Brodie Seelen is the epitome of an active teenager. At the start of 2020, Brodie conquered the most gruelling adventure race in New Zealand, the Coast2Coast, at just 16 years of age. His biggest challenge was to come just two weeks later, however, as Brodie was told he had cancer. 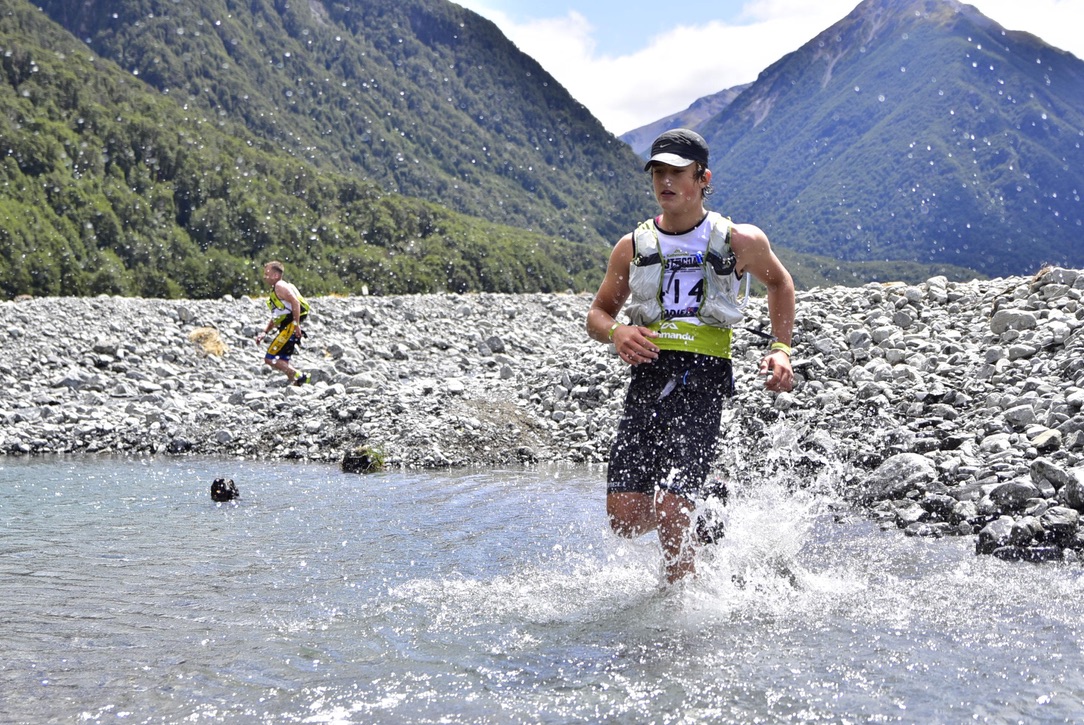 Following the race, Brodie had severe pain in his back and an MRI showed he had a slipped disc. However, that was not all the scan revealed. X-rays showed that at least half of the bone in Brodie’s spine and pelvis was cancerous. “It literally felt like the world stopped,” his mother Mary says. She recalls how the doctor held his head in his hands in disbelief as he realised the young man he was talking to was the same one he’d read about in the Nelson Weekly the night before. “I could tell from the way he was talking that our boy wouldn’t have long.” Doctors were amazed Brodie was able to complete the race with essentially half his bone marrow.

Brodie says the words took a while to set in. “It didn’t feel real but, once I processed it, I just thought it is what it is and, instead of worrying about it, I just tried to focus on the next steps and moving forward.”

The next three weeks saw Brodie endure every medical procedure imaginable. The extensive testing eventually gave another false diagnosis, Polyostotic Fibrous. Though not cancer, the news wasn’t exactly reassuring as the disease is described as bones turning to ground glass.

The following months saw Brodie spending up to seven hours a day getting more and more tests which finally uncovered that Brodie has an incredibly rare blood disease, Aplastic Anaemia.

As well as adventure racing, Brodie is a rower, surf lifesaver, plays basketball and underwater hockey, is in the school choir and drama company. 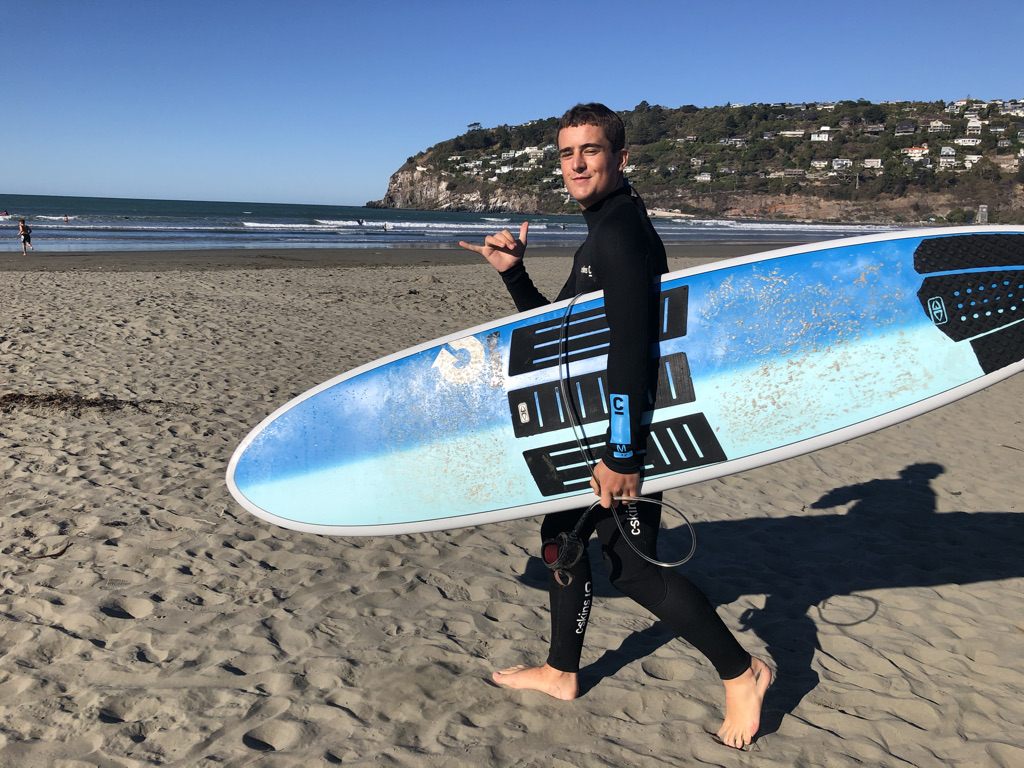 Now 17, the Nayland College student says the biggest challenge has been adapting to life away from school, work, and sport. “It was a pretty crazy turn; I basically was told I couldn’t do anything. So to go from training or working every day to being bedridden was the hardest change.”

Brodie’s brothers were all tested for compatibility in order to donate bone marrow. To the delight of the family, the youngest Liam was a perfect match. “It was incredible, and he is more than happy to be able to give his big brother, who he adores, this lifesaving gift,” says Mary. Liam and Brodie have a very close relationship and the pair enjoy playing video games and having wars over Monopoly. So, when Liam was told by doctors, he had a decision to make. He says it wasn’t much of a choice. “I said ‘I’ll do it, no matter what’.”

Liam will have bone marrow removed from his hip, but he will have no lasting affect from the operation.
He says Brodie has dealt with the adversity head on and he is excited to help get him on the path back to health. “He had no hesitation,” says Mary. “It’s a big thing and pretty incredible to do it for his brother.” Brodie says it is very brave of Liam to make the sacrifice. “I am extremely proud, it’s a pretty special thing.” Brodie jokes it will be a hard present to top at Christmas time.

Though he remains in high spirits, Brodie still gets very fatigued very quickly and finds himself short of breath.
Brodie will be the first transplant patient in the new Christchurch Hospital on November 19, 2020.

Before that though, Brodie and scores of Nayland staff and students shaved their heads in solidarity with Brodie and managed to raise $21,000 for Leukaemia & Blood Cancer New Zealand. He says the amount of support he has received means the world. 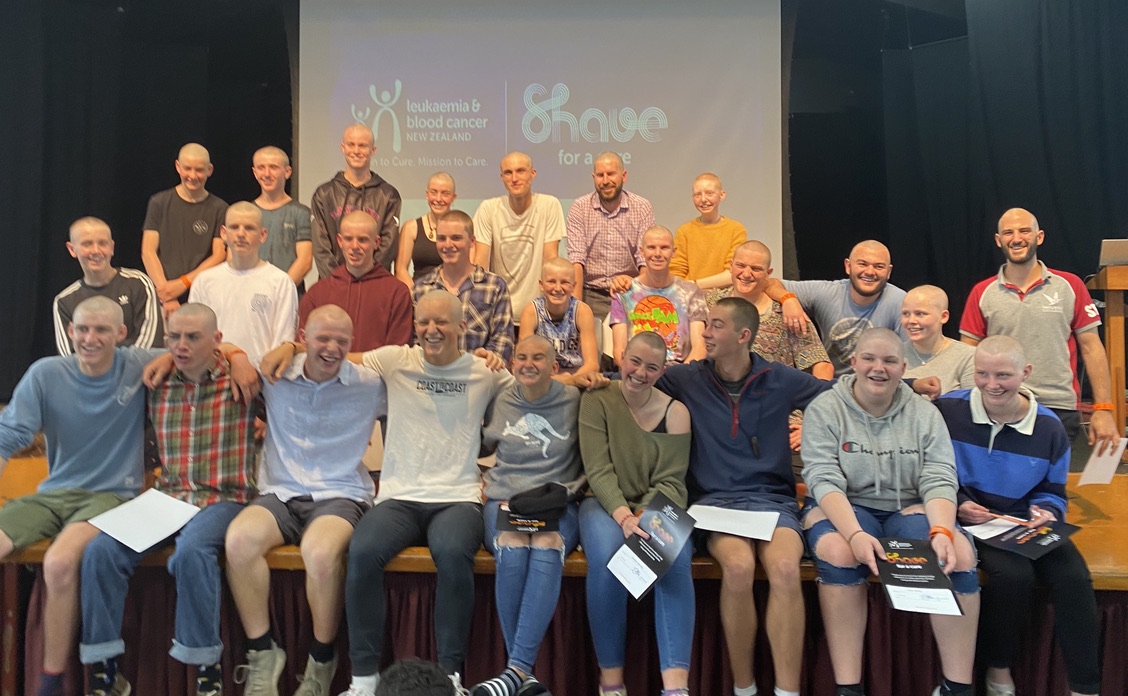 After finishing fourth in the U18 section of the 2020 Coast2Coast, Brodie is now setting his sights on returning for the 2022 race.

“We’ve always joked about Brodie being one in a million and it turns out he really is,” says Mary. 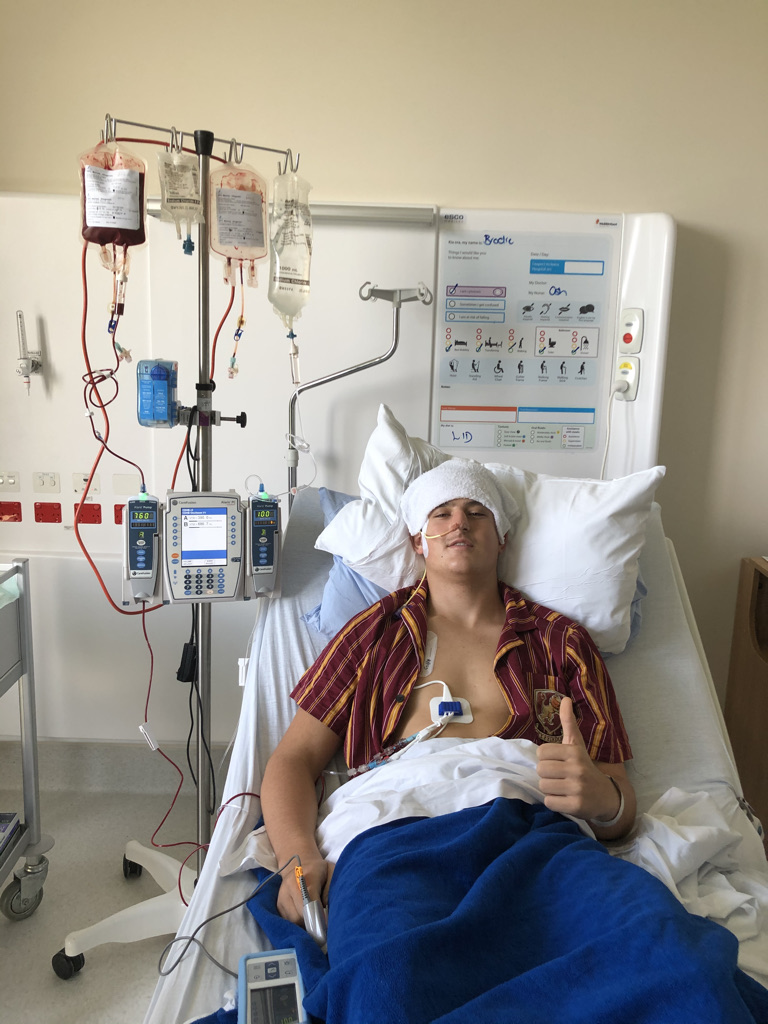 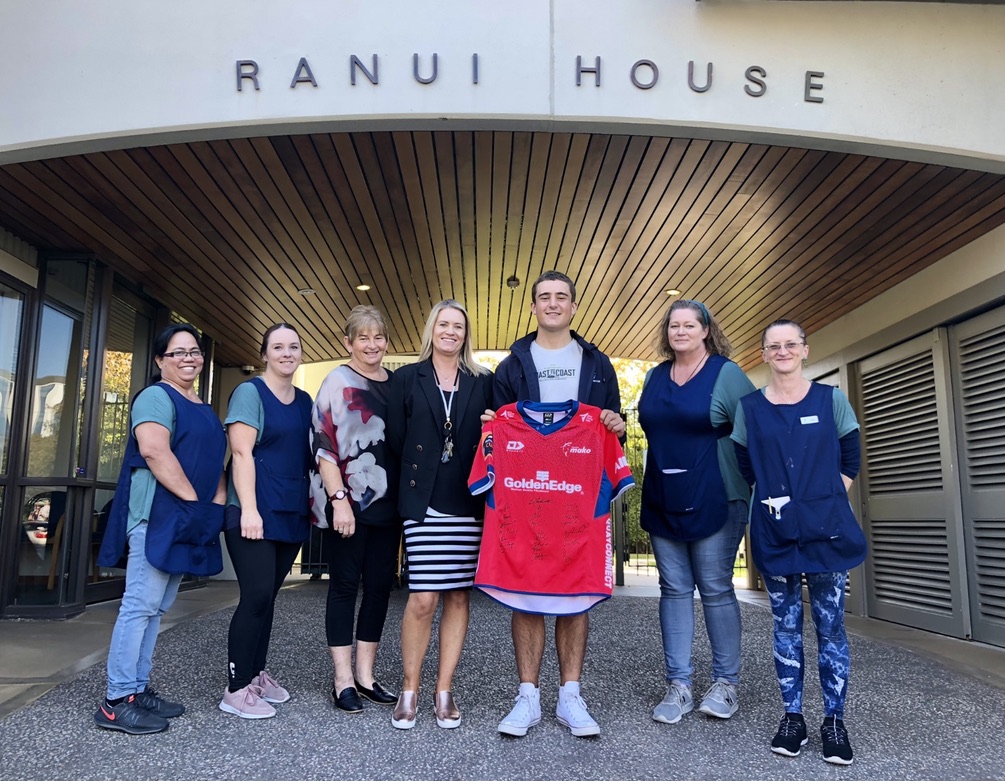 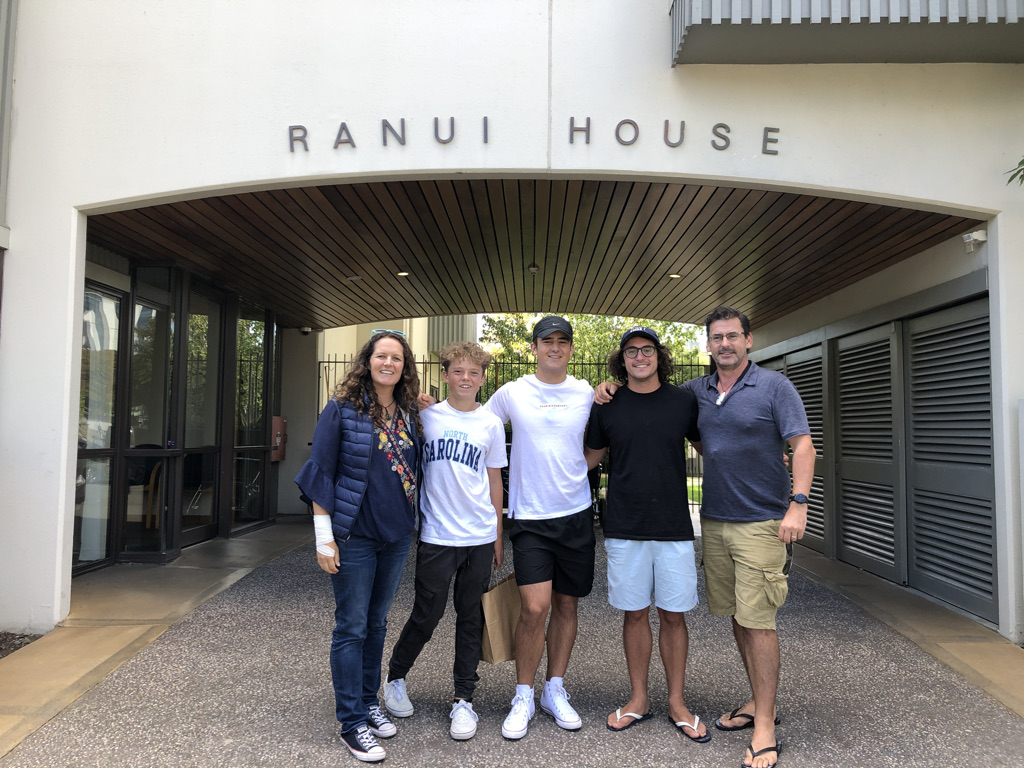 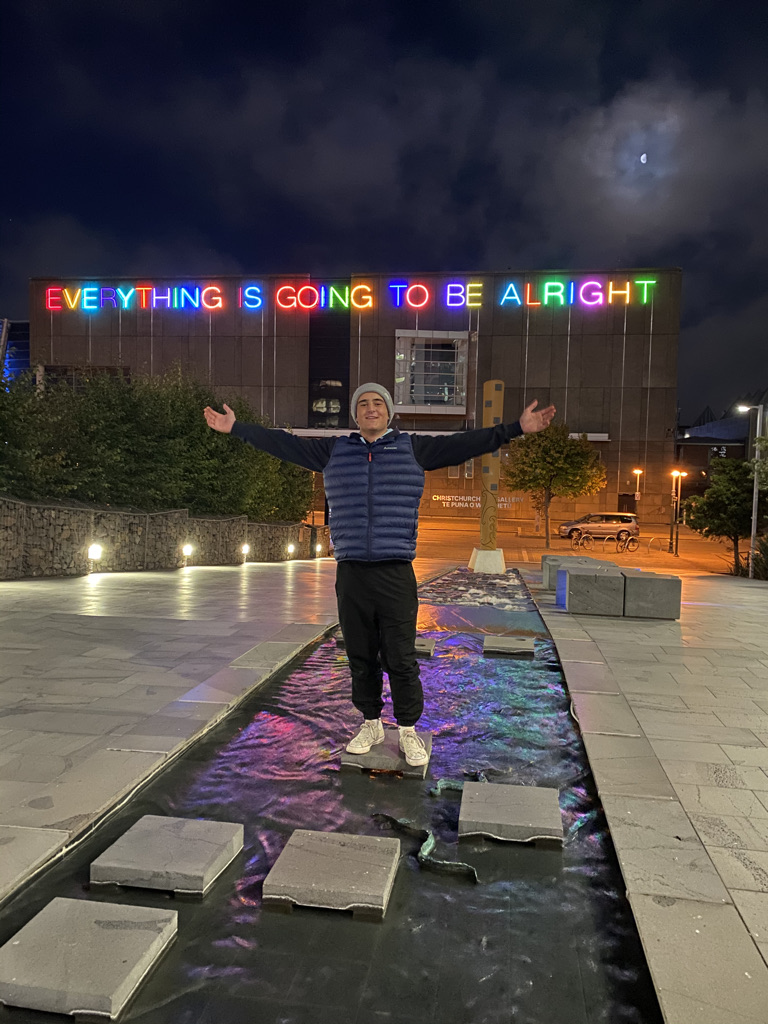